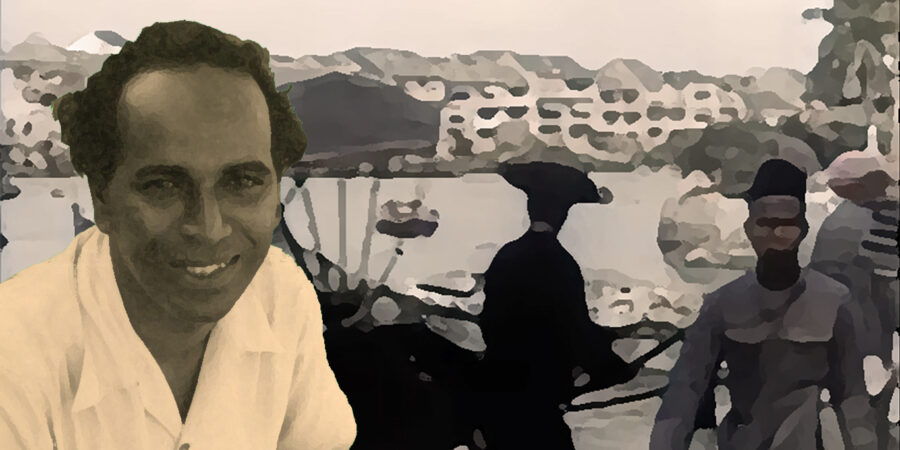 S. Rajaratnam is often remembered as a key participant in the People’s Action Party’s “Old Guard,” as a theorist of state multiculturalism, and as a master strategist who made an international place for Singapore during his long tenure as Minister for Foreign Affairs. Public memory of Rajaratnam in Singapore therefore places him firmly within the narrative of the rise of the developmental state. Yet the intellectual work Rajaratnam did in three important periods when he was not in government—and thus less influenced by instrumental or institutional demands—has been largely neglected.

This lecture by Philip Holden focuses on the first of these periods, from 1935 to 1947, which Rajaratnam spent in London, and where he was mixed with prominent anticolonial intellectuals such as Cedric Dover, George Padmore, Dorothy Woodman, and Krishna Menon. During this long decade, Rajaratnam elaborated an understanding of race and racialisation in Malaya through a Marxism that drew heavily on economic factors, in contrast to contemporary focuses on identity.

Retrieving Rajaratnam as an autonomous intellectual through his notebooks, textual annotations, photography, fiction, and journalism, Holden argues, is not just a historical exercise, but important in conceptualising intellectual history in Singapore. Disembedding such intellectual work from romantic national narratives offers the possibility of seeing it as “theory” which is generalisable and yet informed by the particular historical experience of the city-state. Such grounded theory is relevant in ongoing discussions of race and racialisation in Singapore today.

Philip Holden is an independent scholar who researches the intersections between social narratives, life stories, and histories of care. His books include Autobiography and Decolonization: Modernity, Masculinity and the Nation-State (2008), and he is a former Vice-President of the Singapore Heritage Society. He worked for 25 years at Nanyang Technological University and the National University of Singapore, most recently as professor in the NUS Department of English, Linguistics, and Theatre Studies. More.

Kevin Y.L. Tan has written or edited over 60 books on the law, history and politics of Singapore. His books include Lee’s Lieutenants: Singapore’s Old Guard (1999 & 2018, with Lam Peng Er) and Essays in Singapore Legal History (2004). He is a former President of the Singapore Heritage Society.