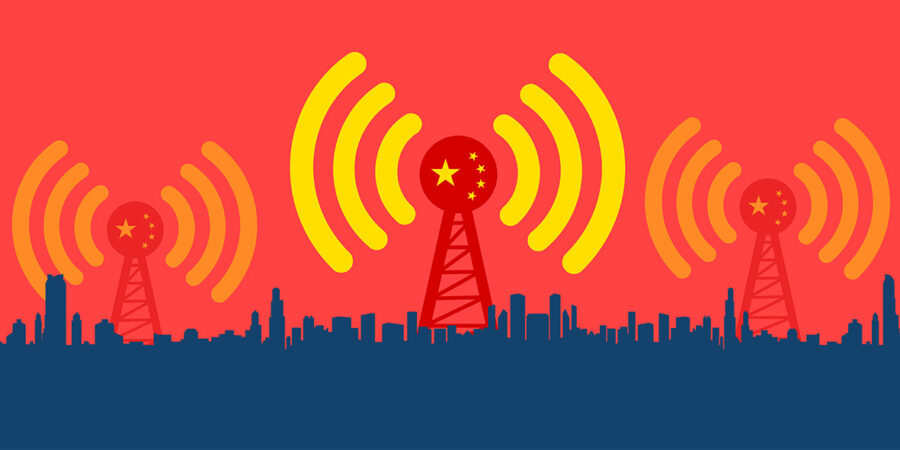 AcademiaSG editors CHONG JA IAN and LINDA LIM relate how their interview with a Hong Kong newspaper was distorted by a PRC news outlet.

One year ago, in October 2021, the government passed FICA, the Foreign Interference Countermeasures Act (FICA), two years after passing POFMA, the Protection from Online Falsehoods and Manipulation Act (POFMA), in October 2019.

Thus far, there has been no discernible impact on the volume of false, inaccurate, distorted or slanted “information” that Singaporeans are subject to, particularly on social media, judging by what is circulated on private group chats — our own and others’ — that operate on platforms such as WhatsApp, Telegram, and WeChat.  In fact, leading up to and following Russia’s invasion of Ukraine, such misinformation and disinformation, much of it obviously pro-Russia propaganda, or sympathetic to China’s position on the matter, proliferated.

Skeptics might argue that this outcome is only to be expected, since these laws are not really aimed at preventing foreign purveyors of mis/disinformation that potentially threaten Singapore’s national security, but rather at undermining domestic critics of the government.  It is certainly noteworthy that the vast majority of the limited number of POFMA actions to date have been of the latter type, as seen from efforts to track the use of POFMA. Given that the parts of FICA pertaining to “hostile information campaigns” have only been gazetted in early July 2022, there have been no known instances of its use at the time of writing.

Assuming that these laws are indeed intended to foil deliberate mis/disinformation, particularly by or on behalf of foreign interests, they are woefully inadequate.

For one thing, they focus too narrowly on Singapore state agencies and ruling party politicians as targets of, and defenders against, disinformation and misinformation. They also do not focus enough on inoculating the population from disinformation and misinformation through more systematic and comprehensive public education efforts at increasing media literacy and transparency. There is also no mechanism for fact-checking in Singapore that is and seen to be both independent as well as reliable. A robust fact-checking channel with some distance from the state has leeway to point out that a recent video clip from the PRC embassy in Singapore was edited to create the impression that the US recognised Beijing’s position on Taiwan when Washington merely acknowledged its existence, for example.

Disinformation and misinformation can originate from, and target, a wide range of sources and channels, while using a variety of methods. The current focus on corrections and takedowns is playing whack-a-mole and will almost certainly never be able to keep up with the most pressing issues publicly, while missing private shares completely.

Our own recent experience provides an example of how the expert views of independent scholars and analysts can be misused to create a different impression from that originally reported and conveyed.

The case in question started with a 23 July 2022 article in The South China Morning Post on “Why do Singapore and Malaysia have a more favourable view of China than the U.S.?”, by journalists Maria Siow and Joseph Sipalan, in which we were both quoted.

On July 27, Cankao Xiaoxi, a PRC news outlet under the official Xinhua News Agency produced an “edited summary of the entire (original) article” in Mandarin translation (see our translation of the news article here). The piece was subsequently re-produced on a number of sites, including sites operated by Sina Finance, CRNTT, and NetEase, among others, then circulated privately. The piece came to our attention when the NetEase version, which claimed the source of the article to be Zhongxinshe Huayu — a Beijing-based aggregator of news for global ethnic Chinese, was forwarded to us.

The translation did not misquote us in terms of “putting words in our mouths”.  Rather, it simply “edited out” select comments, particularly those that were less PRC-centric and less PRC-positive, thus changing the overall emphasis from a “balanced” to a “pro-PRC” stance. The narrative put across in the translation is consistent with current narratives from the PRC that the United States and its allies (broadly lumped together as “the West”) are themselves facing problems and sources of instability or even provocation. The PRC, in contrast, is a source of stability.

For example, negative comments about the PRC by Ethan Wee and a Mr. Chua in Singapore were excluded.  Similarly, the section on Malaysia noted the positive views of the minority ethnic Chinese community in Malaysia toward the PRC, but not the majority negative views of the much larger Malay community, and anti-China rhetoric in the political sphere.

The translation also excluded Chong Ja Ian’s explanation that some older Chinese-educated Singaporeans’ views were based on their resentment over the historical “rollback of Chinese language and culture… a loss of career opportunities to those who were educated in English” and “response to the condescension they experienced from the Anglophone Singaporean elite”.

It excluded Linda Lim’s mention of Singaporeans’ acceptance of “weak human rights and personal freedoms” and a “patriarchal-authoritarian one-party state with a strong leader” that is also found in China.  Also not mentioned was the influence she cited of the large number of recent migrants from China  who “now dominate the Chinese-language media, cultural and educational space in Singapore” and whose “business and social associations, media and social media outlets….have close relations with China state organisations and readily propagate China state views,”

This misleading translation may or may not have been the deliberate work of the PRC state or state-linked agency. There are many reasons why non-state actors in the PRC’s unfree media space might choose of their own accord to propagate such mis/disinformation.  And if this case, and others like it, are the work of a foreign state, laws like POFMA and FICA are effectively useless, while the Singapore government itself lacks punitive capacity against such powerful external actors.

Given the resilience of social media technology and the rise of geopolitical tensions, misinformation and disinformation, and their weaponization by nefarious forces, will continue and very likely increase. The only way to protect any population against infection is through public education and media literacy, which are enhanced if more attention is paid to the development of well-resourced, even-handed, and independent fact-checking outlets than can build trust. Key too is support for independent and professional journalism, high quality academic research, and active civil society participation, which can add more critically-minded perspectives as well as credible sources of information to public discussions. Consistently faced with very elevated levels of disinformation, for example, Taiwan has for now reduced the severity of such campaigns through a combination of the methods raised above.

Our case study is far from one of the more egregious examples of how one’s words can be used to convey a completely different message than the speaker or writer intended, for which we have no recourse.  But educated readers should be aware and motivated enough to check out the original source—and share it on the networks of which we are all a part. The manipulation of information is an entrenched feature of the contemporary social and political environment. Singapore and Singaporeans need the proper tools to protect ourselves. Current legal and policy instruments are overactive in some areas and are neither extensive nor precise enough in others.