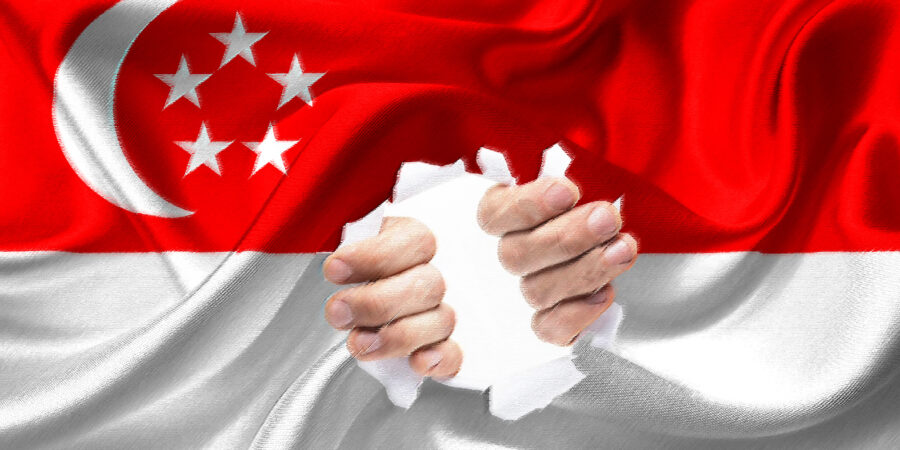 CHONG JA IAN notes that FICA focuses significant attention on online behaviour, the potential for popular unrest, election meddling, political donations, and the direct extension of benefits. Restrictions and oversight on key officials, however, are much more limited, he argues. This could leave Singapore open to elite capture and other risks where people in key positions are compromised by malign foreign actors, as has occurred elsewhere — including examples alluded to in the Home Affairs Ministry’s original statement on the FICA bill. Chong is an associate professor at the National University of Singapore’s Political Science Department.*

Foreign influence in ostensibly domestic matters is commonplace. For states that seek to continue benefiting from economic openness it is unavoidable. Foreign capital and trade affect employment and investment; actors, including foreign ones, who are part of such processes want some say over policies that affect them. In Singapore, entities like the National Wages Council, Tripartite Alliance, and Singapore National Employers Federation that seek to inform policy include representation by foreign firms. Foreign embassies advance the interests of their governments locally, while chambers of commerce and industry associations legally lobby on behalf of local and foreign members. Singapore submits its human rights record to United Nations review through the Convention on the Elimination of Discrimination Against Women (CEDAW) and the Universal Periodic Review (UPR) processes, among others. The Singapore state and affiliated entities lobby foreign governments too, as documented in multiple US Foreign Agent Registration Act filings.

Of particular concern are not the garden varieties foreign influence or even foreign influence as a category of activity, but its more malign forms, which the recently tabled Foreign Interference (Countermeasures) Bill ostensibly seeks to target. This proposed legislation was the culmination of several years of discussion about the risks from foreign interference in Singapore, starting with the lead-up to the Parliamentary Select Committee of Deliberate Online Falsehoods in early 2018. Elements of the proposed legislation that touch on online communications seem to be an attempt to address such areas as private messaging that the Prevention of Online Falsehoods and Manipulation Act (POFMA) left insufficiently covered. Other parts of the bill focus on regulating political donations and foreign affiliations. Expansive as the bill may be, there remain key vulnerabilities it does not address—particularly pertaining to key targets for malign foreign influence, especially those in or close to the corridors of power.

What is malign foreign influence and why does it matter?

Malign foreign influence is not open criticism or statements that some, or even most, in a host country find disagreeable, even insulting. Action by external parties that distort political processes in ways that discount, undermine, or counter public interests are the real worry. Such outside influence activities do not have to appear as headline grabbing mass protests or election manipulation, but instead do not catch the public eye when most successful. Strategically exploiting authority, social structures, and human foibles to subtly shift policies and positions, sometimes with the help of unwitting accomplices, may prove far more effective for bad actors and damaging to host countries. Working through critically placed individuals and groups enables a malevolent foreign actor to silently effect desired changes or obstruction while the host state bears the cost of damage done with little recourse, all with minimal fuss.

What most captures imaginations for those emphasising order and authority tend to be the fomenting of mass unrest and the manipulation of elections that bring paralysis or deliver victories to favored proxies. Like major war, dramatic events seeking to overthrow regimes capture the imagination but tend to be rare due to their difficulty to organise—getting thousands to overcome collective action problems are no easy undertaking. Existing conditions in a country must already be trending in seriously negative directions for people to risk livelihoods and personal safety. Clandestine election meddling appears to be more sustained when key differences are at stake but their effects are inconsistent, with electoral consequences tending to have more traction when outside patronage is overt. Recent experience further suggests that the design of electoral processes, anticipation, and a ready set of previously thought-out responses can blunt foreign efforts to manipulate elections.

More pernicious are the seemingly pedestrian actions that encourage those entrusted with power to unobtrusively manipulate political and policy processes in ways that undermine the public interest. This could be everything from blocking or advancing outcomes by affecting decisions to modifying procedures to alter social incentives, excluding participation by key groups or actors, and disclosing confidential information. Those best suited for such activity tend to be political appointees, senior public servants, and, to a lesser extent, regular members of parliament, given their access to policymaking, lawmaking, legislative agenda-setting. Such conditions may be especially acute where authority and decision-making tend to be concentrated. Affecting just one or a few well-placed individuals could have a major effect on policy, regulation, and legislation, making them and their close associates potential targets for malign foreign influence.

FICA and the Persistent Risk of Elite Capture

When the Foreign Interference (Countermeasures) Act (FICA) comes into force, the current language suggests an emphasis on the sources of interference with somewhat less attention paid to the potential targets for interference. Directions on online activity in the law address efforts to communicate information that may be harmful but is silent on enhancing political and media literacy among the public to make them less susceptible to ill-intentioned disinformation campaigns. There are likewise no current provisions for supporting independent fact-checking or promoting greater public transparency, two other important pillars of addressing foreign interference through media. New designations for “politically significant persons” and a “major donor” similarly seek to regulate sources of potential interference, external or otherwise. Despite expanding, clarifying, and formalising disclosures for donations, foreign affiliations, and reportable arrangements to a “competent authority,” more can still be done for transparency.

More extensive demands for public disclosure may prove especially helpful for enhancing protections against efforts at elite capture, that is, undue foreign interference efforts targeting and seeking to compromise top officials. Lists of politically significant persons, foreign principals active in Singapore, political donations, major donors, and reportable arrangements already available to the competent authority can be publicised as fully as possible on a transparency register. Interests, assets, and income for elected officials, political appointees, and their key assistants can be made publicly available as in Australia, the United Kingdom, and United States, including even immediate family members in the case of Taiwan. Senior public officials and their staff should as well regularly report participation in lobbying activity, with such information made public. Such disclosure enables open monitoring of elected officials paid by the public purse and their closest associates. Knowledge of close public scrutiny generally discourages impropriety among public officials.

A clear area of interest in the bill are material benefits elected officials may receive from PSPs, major donors, and others, but further steps should be considered to reduce the risks of foreign interference. Elected officials and senior bureaucrats may be susceptible to deferred benefits such as employment or payment after leaving office in exchange for assistance in lobbying former colleagues and subordinates still in positions of influence. An interested party may help an official’s child receive preferential entry into a highly selective university or extend publicity opportunities desired by a spouse’s company in return for favourable action, for example. Some ways to address such concerns are to extend reporting and public disclosure and barring foreign employment and lobbying for up to a year or two after leaving office, while making non-material benefits publicly reportable. These requirements can also cover senior public servants as well as the top leadership of statutory boards, government-linked companies, sovereign wealth funds, universities, and state-affiliated media outlets.

Transparency and Public Reporting as Safeguards

Accounts of multiple cases of undue foreign influence, intimidation, and pressure in Australia that spurred passage of the 2018 Foreign Influence Transparency Scheme Act came about in no small measure from determined investigative reporting. Public awareness of United Front work and online election meddling in Taiwan that brought more careful media regulation and independent fact-checking was possible due to robust media reporting, civil society mobilisation, and rigoruous academic research. Singapore does not enjoy the protections against foreign interference afforded by active free press, civil society, and academia. This makes greater transparency through public disclosure as well as more comprehensive reporting and auditing standards even more important in the defence against unwelcome forms of foreign influence. These are areas where FICA can and should go further. The risks from the targeting of key persons are real, persistent, look set to continue, and will only become more sophisticated. Broad but basic measures, often informed by the past, are simply not enough and potentially leave Singapore exposed.

Singapore’s model of governance places a premium on having key individuals in positions of authority to afford faster decision-making. Potential liabilities include having obvious critical nodes to target in ways that can compromise institutions, state functions, and public confidence. Seemingly undue foreign influence over individuals responsible for highly consequential decisions contributed the Barisan Nasional’s electoral loss in Malaysia’s 2018 General Elections, for instance. This is not to suggest that Singapore’s politicians and political circumstances today are anywhere similar to Malaysia’s, but that serious discernable risks should be actively addressed. Such preventive measures parallel the spirit of instituting an elected presidency to guard against the possibility of financially irresponsible leaders. I hope Singapore will never face foreign interference that exploits our political system and key personnel but added protections and better insurance may prove prudent in today’s tumultuous and increasingly contentious world.

* All comments are the author’s own and do not represent the National University of Singapore or any of its units.