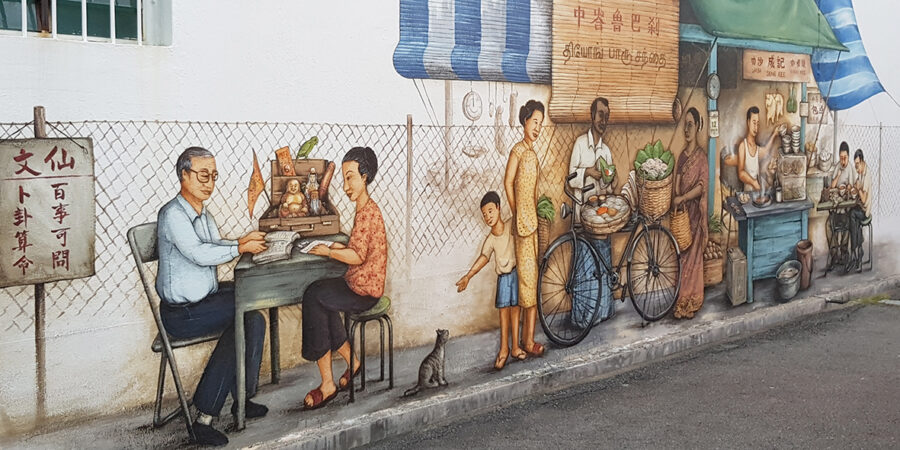 Discussions about Singlish can get heated. But linguist Tan Ying Ying (Nanyang Technological University) says Singaporeans, including academics, should welcome opportunities for well-informed conversations about a language that is simultaneously embraced and disparaged.

Singlish has, especially in the last decade, dominated both the public and academic imagination. Lovers of Singlish see Singlish as a language that provides a sense of national identity and one that binds Singaporeans together. Detractors, on the other hand, hold the belief that Singlish is “bad English”, and that this corrupted form of English will make Singaporeans come across as less intelligent or competent. This latter view is also reiterated by state language campaigns.

The earliest academic works on Singlish in the 1970s did not help, as scholars talked about Singlish as a basilect — a product of imperfect learning and spoken only by the uneducated and uncouth. This deprecating perspective of Singlish is still held by many. However, research over the past three decades has evolved. Today, most scholars working on Singlish approach it more openly, recognising its use as having meaning to ordinary people and often a matter of personal choice, without prejudicial biases about speakers’ class background or educational level.

In my own work, I have shown when and how Singlish had its beginnings. Singlish is a contact language with linguistic features from a number of languages, the earliest contributors being Bazaar Malay and Hokkien. Contact language arises when speakers of different language communities interact with one another in a multilingual context for a sustained period of time, which results in a mixture of linguistic features across different languages. Despite its beginnings, some scholars prefer to view Singlish as an informal, colloquial variety of standard English.

Contrary to them, I do not think of Singlish as a kind of English. Instead, it is a language that has evolved independently of English. In my view, the refusal to delink Singlish from English has been at the source of the Singaporean state’s as well as others’ trouble with conceptualizing and accepting Singlish as a legitimate language. English just happens to be a language, among several, that has linguistic input in Singlish. If we think about Singlish in this way, then Singlish is just Singlish, not “bad” or “broken” English.

Over the years, I have been approached to talk about Singlish — its history, development, its role, and future. These activities often fall outside of typical academic contexts. I have done radio, television, and podcast interviews. My work has been featured in web-based documentaries and in op-eds. I regularly give school and public talks. My aim has been simple: Singlish is a topic of public interest, and I am happy to share my research findings.

Stepping outside of academia to engage publicly has been an interesting experience. Since I started doing public engagements, I regularly receive letters beseeching me to “stop glorifying Singlish”. People have told me  they were “disgusted” and “repulsed” that an academic would advocate Singlish, which, as one person put it, “is simply a code language for imbeciles and for illiterate!” Some have gone as far as to tell me to leave the country as I was hindering the development of Singaporeans and the nation, and an embarrassment to the nation.

These letters reveal a rather disturbing reality, and drive home the point that more work needs to be done. The strong and emotive responses suggest that prejudices against Singlish and speakers of Singlish remain very strong. The fact is, there is nothing intrinsically good or bad about any language. All languages develop and evolve, and have their own life cycles and histories. And all speakers have the right to speak their own language without being ridiculed.

Responses to discussions of Singlish, including my work, suggest that academics should do more, not less, public engagement. The data, knowledge, and ideas generated through research can add to public conversations about language that are evidently of wide interest to Singaporeans and hold meaning and emotion. Everyone, not just the students we teach in the university, deserves a chance to be exposed to different ideas, be updated, and be adequately equipped with the capacity to engage in healthy, constructive public debate.

— Tan Ying Ying is Associate Professor in Linguistics and Multilingual Studies at the School of Humanities, Nanyang Technological University.