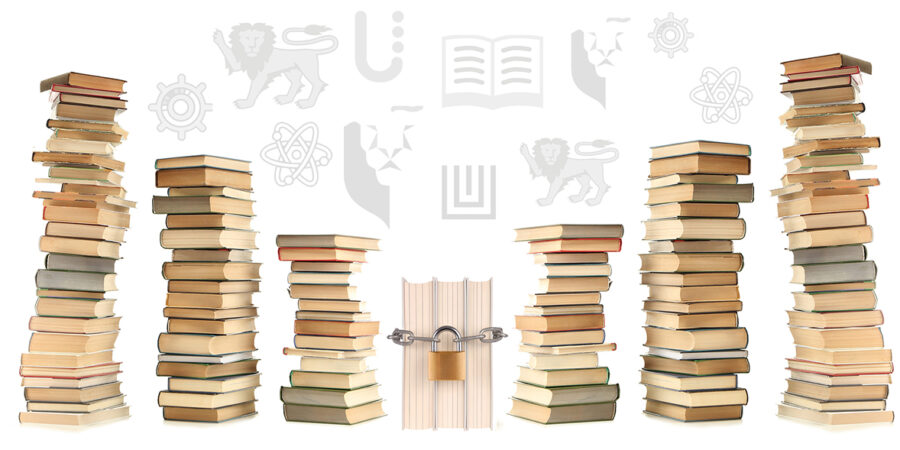 New Threats to Academic Freedom in Asia is a new book published by Columbia University Press as part of the Association for Asian Studies’ Asia Shorts series. In this article, CHERIAN GEORGE, CHONG JA IAN and SHANNON ANG distill key points from their chapter on Singapore.

Singaporean universities’ lofty positions in global rankings owe much to political leaders who treat the higher education sector as a vital investment for the country’s international competitiveness. That same leadership, however, has rendered universities less welcoming of research, teaching and public engagement that could challenge the political status quo. In the global Academic Freedom Index (AFI), Singapore rates closer to communist Vietnam than to liberal Taiwan, South Korea, or Japan.

AcademiaSG’s groundbreaking 2021 survey of Singapore-based academics’ lived reality was consistent with the AFI assessment. Respondents report restrictions at various levels. First, there are obstacles placed in the way of politically sensitive research and teaching. For example, one-third of respondents reported having been told (or know others who had been told) to modify or withdraw their research findings for administrative reasons, mostly perceived to have something to do with political or ideological sensitivity.

Second, the state operates an opaque system of political vetting to control access to employment and career progression within the higher education sector. No official reasons are given for blacklisting, but what affected persons have in common is engagement in civil society or political commentary. That such a system exists is an open secret, because of numerous cases where university officials have verbally informed individuals on the brink of employment that they have failed to receive the government’s security clearance. Despite this issue having been raised publicly before, ministers have studiously avoided addressing whether, how and why political vetting of university personnel takes place — including when the AcademiaSG study was raised in Parliament in January.

Third, the political system circumscribes the role that universities play as spaces for public discourse. Academics can enjoy wide leeway if they limit their activities to the ivory tower and avoid appearing in the media. But restrictions kick in when academics with unsanctioned viewpoints try to influence the wider society. This desire to quarantine universities politically may have influenced the impending closure of the Yale-NUS College. Student groups at Yale-NUS are not regulated by the university’s central Office of Student Affairs. They have used their relative autonomy to play nationally prominent roles around #MeToo, the climate crisis, and voter education. NUS College, the successor to Yale-NUS, will operate fully under NUS and there is no indication that it will continue the Yale-NUS tradition of incubating students’ experiments in active citizenship.

Defenders of the status quo in Singapore’s higher education environment argue that even Western campuses have bowed to “cancel culture” and other forms of ideological policing. Such incidents have indeed sparked debate and soul-searching within Western universities, many of which have had to rethink how to balance liberty with diversity, equity and inclusion. Singapore differs significantly from these trends in liberal societies in that its academic freedom is curtailed to protect the government, not students. Furthermore, censorship is programmed into the Singapore system; it is a feature not a bug. In more plural societies, restrictions at one institution are usually mitigated by openness at another. An academic who is too right-wing for a liberal university can fit in at a conservative one, for example. In Singapore’s state-dominated university sector, biases and blacklists tend to apply nationally.

Although infringements of academic freedom occasionally result in public controversies, what is more remarkable is the hegemonic quality of the state’s domination. In the first two decades of nation-building, the government intervened forcefully to neuter campuses as potential sources of dissent. Since then, discipline has been internalised, institutionalised and largely taken for granted. The state’s multidimensional manipulations are selective and highly targeted, inhibiting some scholars some of the time while allowing most academics and students to enjoy resources and opportunities comparable to the best (and freest) universities in the world. Co-optation, conformism, and self-censorship — not repression — are the day-to-day modalities of power in Singapore. As with other sectors — the culture industries and the legal profession come to mind — the state’s strategy has been to channel professional and institutional energies away from democratic politics and toward economic development. Depoliticisation progressed in tandem with economic flourishing at both national and sectoral levels. This may help explain why subordination has encountered minimal resistance.

Paradoxically, globalisation has helped to entrench the system. Higher education is among the world’s most borderless industries; within that sector, Singapore’s universities are among the most globalised in faculty hiring, graduate student admissions, and research activities. The effects of this openness on academic freedom are complex and sometimes counter-intuitive.

At the level of principles and ideals, global academia has a shared ethos that values academic freedom. The United Nations’ education agency, UNESCO, has articulated the international consensus that universities should be communities of scholars who pursue new knowledge “without constriction by prescribed doctrines” and teaching “without fear of repression by the state or any other source”. Magna Charta Universitatum, a declaration that “intellectual and moral autonomy is the hallmark of any university and a precondition for the fulfillment of its responsibilities to society”, has been signed by more than 950 universities in almost 100 countries. In Asia, signatories include leading universities in China and Japan. Around nine in ten respondents in the AcademiaSG survey expressed support for the Magna Charta’s key statements on academic freedom. However, no Singapore university has signed the declaration.

University leaders have been more enthusiastic in their embrace of another feature of globalisation — the marketisation of higher education. Philip Holden describes this dominant approach: “The emphasis in the university’s relation to society is largely concerned with the ‘organizational excellence’ and ‘standing’ of the university both nationally and internationally, rather than its specific societal role as a place for public debate. The envisioned autonomy is thus something that happens more within a globalized educational marketplace, rather than within civil and political society.”

Administrators have also been responsive toward university rankings, probably the most salient manifestation of the globalisation of higher education. Products of a neoliberal ethos, these ranking exercises consider such factors as publication counts, citations, the internationalisation of students and faculty, and endowment size. They overlook issues of academic freedom and political control, and do not give much weight to each university’s contribution to social justice or democratic life — roles that the Magna Charta codify.

This lacuna has been recognised by scholars calling for rankings to incorporate direct indicators of academic freedom, such as AFI. Until then, Singapore’s universities, on the strengths of their publication counts and other metrics, are likely to maintain their lofty positions in international league tables, despite the restrictions they work within. Outputs from less compromised areas can compensate for any fall in productivity that results from the selective targeting of topics that administrators and officials consider “sensitive”. There is thus an elective affinity between international ranking agencies and Singapore’s higher education industry. Both are geared toward the commodification of education services, treating universities as brands.

Therefore, while there is something contradictory about universities claiming to aspire to excellence while failing to protect the space for fearless and free inquiry, we do not assume that such contradictions are necessarily unsustainable. Insights from comparative politics and critical studies tell us that consolidated authoritarian regimes can comfortably coexist with — and indeed draw sustenance from — capitalist globalisation. The same paradoxical combination of authoritarian controls and global competitiveness has been observed in the broader political economy of Singapore, the media industry, digital technology, and the arts.

While all is calm on the surface, there is a cost to society. The structure of incentives and disincentives has nudged individuals and institutions away from public-facing scholarship. It has also hollowed out several disciplines in the humanities and social sciences, such as history, economics, political science, and communication. While these departments may excel in publishing research in top international journals, they lack a critical mass of Singapore specialists. This paradox is explained by the fact that “international” publishing is something of a misnomer. The global enterprise of scholarly communication is based in Western, primarily American, institutions, pressuring scholars from elsewhere to turn their backs on topics of mostly domestic interest if they wish to publish in their field’s top journals. University leaders and policymakers in many other small, developed countries take this bias in “top-tier” journals into account when assessing faculty. Singapore’s administrators have apparently chosen not to, deciding to promote global benchmarks of excellence over domestic relevance.

The fact that the system is sustainable does not mean that it is socially optimal. Considering Singapore’s massive investment in higher education, the public is not getting the full range of returns that leading universities elsewhere try to generate. Singapore’s universities deliver high-quality education and house sites of research excellence in the sciences. But they underproduce humanities and social science scholarship that could illuminate key issues facing society. Universities would be redundant if they merely recycled conventional wisdom and amplified official ideology. They demonstrate their value when they publicly ask and answer questions suppressed or sidelined by dominant ways of thinking. But in Singapore, that is precisely where political barriers are activated. As a result, universities’ contribution to the country’s intellectual life is more modest than their outstanding global competitiveness might suggest.

New Threats to Academic Freedom in Asia edited by Dimitar D. Gueorguiev will be launched at a webinar on 30 November 7–8pm US Eastern Time (1 Dec, 8–9am Singapore Time). Register for the webinar here.

AcademiaSG’s Academic Freedom in Singapore Survey Report was released in 2021. Download it here. AcademiaSG’s editorial on the subject can be read here.