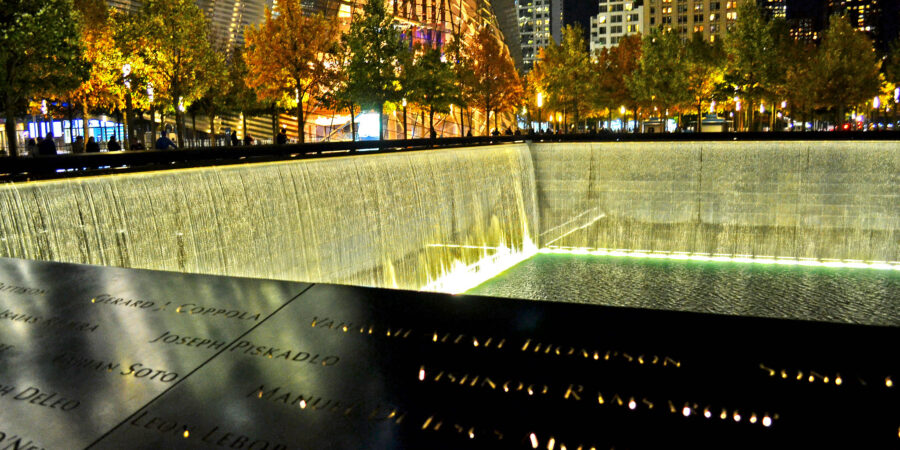 Farish A. Noor, Professor at the Department of History, University Malaya (UM), looks at the reductive lens through which Islam and Muslims have often been understood in security studies since the attacks on the United States of 11 September 2001, and traces historical connections between these works and those of 19th-century colonial scholars.

After 9-11, a large body of writing on Islam and Muslims emerged in the field of security studies. These works seemed to stand apart from centuries of existing scholarship and the methodology, vocabulary and approaches of other disciplines. Rather than building on advances made in nuance and complexity in the humanities prior to 2001, many writings have presented Muslims in reductive ways, treating a simplistic negative image of ‘the Muslim’ as a stand-in for communities with their own internal diversities. While such writings are new, the author argues, such construction of an image of an ‘Other’ as enemy is familiar if we look at the previous work of 19th century colonial scholars. In Southeast Asia, for instance, ideas like the ‘native fanatic’ or the ‘native pirate’ were useful to the colonial powers in the past.

For centuries, extensive scholarly work has been done on the theology and socio-cultural praxis of Muslims both in the West and the non-Western world, by Western and non-Western scholars alike. From the 1970s (in particular after the Iranian Revolution) more effort went into examining the genesis and development of political Islam. But the attacks on the United States of America on 11 September 2001 spurred especial interest in all things related to Islam and Muslim societies.

Since then, there has emerged a huge body of writing on Islam seen through the lens of security studies—media reports, studies, surveys and monographs. Interestingly, many stand apart from the works of other disciplines, in terms of methodology, vocabulary and approaches. What is often called security studies emerged from the broader discipline of political science, and though theorists like Hobbes touched on the security of the state back in the 17th century, security studies today seems to emphasise the security and survival of states more than anything else.

After the spectacle of the US withdrawal from Afghanistan, and the instability in so many parts of the Arab-Muslim world that have experienced Western intervention, one wonders if any of the works by the scores of security experts and scholars on terrorism have offered meaningful solutions. In the wake of 9-11, America emerged as the world’s policeman, but other countries were also drawn into the global ‘war on terror’. In Southeast Asia, countries like Singapore, Malaysia, Thailand, Indonesia and the Philippines were targeted by terrorist groups, or experienced religio-political conflict within their borders. It is not surprising that these countries soon became the hub for academic research into terrorism.

By 2001, in history, literature, sociology and other humanities domains, important paradigm shifts and lasting changes in methodology had occurred thanks to the ‘new wave’ of thinkers from the late 1960s to the 1980s. From the deconstructive hermeneutics of Derrida to Foucault’s analysis of power and its manifestations, from Bourdieu’s critique of academic authority to Laclau’s school of discourse analysis, the humanities led the way in critical thinking, opening the way for cultural studies that eventually upgraded, renovated and improved the way Muslim society was seen and understood.

Yet many works produced in the wake of 9-11, in some instances in haste, bore the hallmarks of writings that pathologised Muslims and essentialised them in a reductive manner. In some instances authors were inclined to present radicalism as a direct consequence of rising ‘fundamentalism’ among Muslims, while forgetting that ‘fundamentalism’ itself was and remains complex, and that many conservative religious groups also happen to reject all forms of political violence, on the grounds that engagement with politics is contrary to the fundamental tenets of their faith. Thankfully there were also some detailed and nuanced works, such as John Sidel’s Riots, Pogroms, Jihad: Religious Violence in Indonesia (2006), that made the connection between violent radicalism today and the legacy of colonial history and its divisive politics, thereby providing much needed historical depth.

Yet some works presented terrorism as a ‘Muslim’ problem, reinforcing the oppositional dichotomy between East and West. Some writings seem to have emerged in an echo chamber of sorts, written by those whose expertise lay in the domain of security studies, with little contribution from scholars from fields such as Islamic cultural studies, literary studies or Islamic history. Such an outmoded way of thinking may have left us with little more than over-simplified categories and ideas, but as Edward Said had noted in Covering Islam (1981), such instrumental fictions remain powerful simply because they can be instrumentalised for the ends of the security industry. Moreover, despite its relative newness, much of this writing has been built upon tropes and discursive strategies of the past.

A cursory glance at the titles on offer points to a divide: while scholars in domains such as history, cultural studies and literature wrote about the complexity and diversity of Muslim socio-cultural life, there also emerged a sub-field that seemed solely dedicated to presenting the image of the Muslim as antagonist and the dialectical Other to the West.

Some post-9-11 works attempted to trace the genealogy of radical thinking to scholars like Ibn Taymiyyah (1263-1328), or to certain institutions of Muslim learning like the Darul Uloom Deoband of Uttar Pradesh, India, as if radicalism had a root or source that could be identified and precisely located. They created the impression of a fully-constituted, culturally- and historically-determined Muslim, who can only think and behave in a particular pre-programmed way. Nuance, subtlety, complexity and internal diversity, found in mainstream disciplines such as literature, cultural studies and history, seemed to be curiously absent in this newly minted domain.

The regurgitation of this static image—too familiar to historians working on the legacy of colonial Orientalist thought and writing—raised the question of whether 9-11 had opened the door to an ‘Orientalism 2.0’. Those familiar with Edward Said’s Orientalism (1978) would be aware of his argument that such negative images of Islam and Muslims had been produced by successive generations of Western scholars for centuries.

In truth, the discursive invention of negative tropes of the Other was hardly novel. As the mainstream media was flooded with images of gun-toting men in robes and turbans, one could see shades of T. E. Lawrence’s Seven Pillars of Wisdom (itself straddling the boundaries of romanticised Orientalism, imperial propaganda and colonial data-gathering). If 9-11 opened the way for the reactivation of the trope of the malevolent Muslim, it ought to be remembered that a century earlier, there were also other tropes and essentialised stereotypes of an equally reductive and instrumental nature.

The ‘Asiatic pirate’ as distant relative to the ‘religious militant/radical’

For historians of Asia, especially those focused on the writings of colonial researchers, administrators and governors, the kind of writing that emerged shortly after 9-11 was hardly new. Nearly a century earlier, colonial scholars such as Snouck Hurgronje (1857-1936) had already embarked on long and comprehensive studies of Muslims in places such as the Dutch East Indies (present-day Indonesia), while working closely with the colonial authorities who were concerned about the rise of anti-colonial nationalism. Hurgronje was the colonial scholar par excellence, merging his duties as Professor of Malay Studies at Leiden University with those as advisor to the Dutch colonial government in the East Indies. He advised the Dutch during the conduct of the Aceh War of 1873-1914.

The 19th century was a period of intense data-gathering and writing in the colonies, and there emerged several recurring negative tropes of the Southeast Asian Other. The native fanatic, the native pirate, the native head-hunter and the native cannibal were among the more popular and recurrent essentialised stereotypes in the typology of native Others built under the auspices of Empire. Each had its own instrumental function.

The trope of the native pirate was used extensively during the so-called ‘War on Piracy’ waged along the northern coast of Borneo and up to the Sulu Sea in the first half of the 19th century. In the writings of men like Henry Keppel, Rodney Mundy and Frank Marryat—all members of the British Royal Navy—the communities of Borneo and Southern Philippines were constantly cast as ‘piratical races’ who were the enemies of free trade and freedom of navigation.

Although the ‘War on Piracy’ was basically a landgrab that culminated in the fateful attack on Brunei (in 1846) and the loss of Sarawak to the colonial adventurer James Brooke, the trope of the native pirate proved to be exceedingly useful as an instrumental fiction. Whatever complexity and internal diversity existed among the communities of Borneo were glossed over, as the image of the Bornean pirate loomed larger; and in due course this image of the native pirate that first emerged in the writings of Keppel, Mundy and Marryat would spill over into other domains of Western writing, including newspapers, tabloids, popular fiction and eventually films.

Whether in the case of the ‘native fanatic’ or the ‘native pirate’, we can see commonalities at work. In looking for an enemy to identify, isolate and eventually defeat, the complexity of the Other was reduced to the barest essentials. What was true in the 19th century seems to remain true today: the process of enemy-making needed an Other that has been reduced and essentialised, and rendered static and semantically fixed.

A securitised approach to humanities research has never solved the problem it sets for itself, for the framing of the problem is itself problematic. During the final decades of the colonial era, colonial scholars (like Hurgronje), working with their respective colonial establishments, sought to understand how and why the colonised natives were restless, and why the ‘virus of nationalism’ was sweeping through the colonies. The studies they wrote were basically policy reports and policy proposals, and often blinkered to the very simple human fact that nobody wants to live under the heel of a foreign colonial power. Colonial scholars not only pathologised anti-colonialism as a problem/threat/contagion, but also offered a menu of policy options that ranged from all-out extermination to co-optation and collaboration, none of which worked.

All over the world today the humanities are struggling to survive, and disciplines such as philosophy, history and literature are constantly being asked to demonstrate their relevance and worthiness in the age of social media and gig economies. Yet the nuance and complexity that the humanities seek to reveal seems to have been missing in the securitised analyses of Islam post-9-11, and this in turn has helped only to narrow down and compartmentalise our understanding of East-West relations further. The so-called ‘War on Terror’ may be good for the arms industry and certain governments that wish to maintain a permanent state of anxiety and fear among their populace, but it seems to bring us no closer to understanding the complexity on the ground in the countries affected. Terrorism is real, but it is also complex. And for us to address the phenomena of terrorism from an academic angle, the various disciplines in the humanities need to work together, not apart.