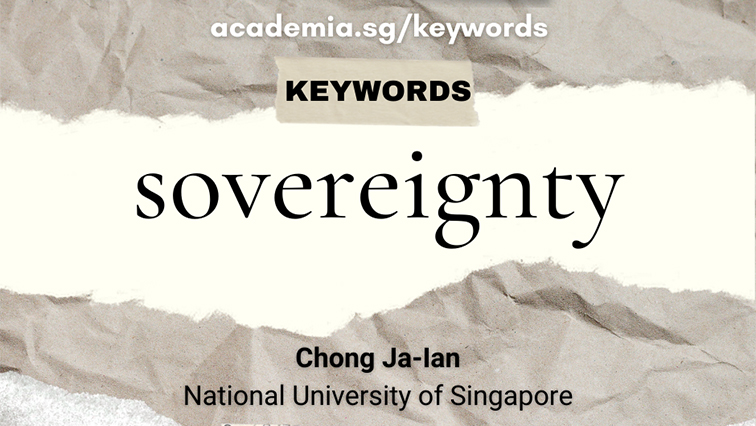 It’s said that Russia has violated Ukraine’s “sovereignty”. But what does the word mean, and why does Vladimir Putin not seem to get it? CHONG JA-IAN offers a primer in the first of AcademiaSG’s series of Keyword explainers.

Sovereignty is clear as an abstract, legal principle, but can get complicated when applied to messy real-world situations. It is a key part of contemporary international law and politics that traces its origins to seventeenth century Europe and is today an almost universally held principle. Sovereignty is historically a convenient way to demarcate boundaries and reduce disputes. The term “sovereignty” can be confusing because of it different historical uses and evolving usage. In the past, they referred to everything from individual monarchs to religious institutions and holy figures. Wars were sometimes fought over the type of entity that could claim sovereignty. A debate continues over whether sovereign states have the uninhibited right to do what they want within their borders, especially after the Holocaust, various human rights abuses during the twentieth century, and environmental concerns.

Today, sovereignty is synonymous with a state (hence the term sovereign state), which sociologist Max Weber described as a human community that possesses legitimate use of physical force over a defined territory. In most instances today, this state is represented by a central government with its executive, legislative, and judicial branches that has the final say over what happens inside the state. Externally, the state acts with full autonomy and is not subject to any other authority, although it can voluntarily limit or delegate its authority by entering into agreements or treaties. States have a right to defend themselves even if they do not have recognition (like Ukraine in Russia’s eyes). Recognized sovereignty is a pre-requisite to join some (but not all) international organizations, like the United Nations, but not all states necessarily want to or are allowed to join these groupings.