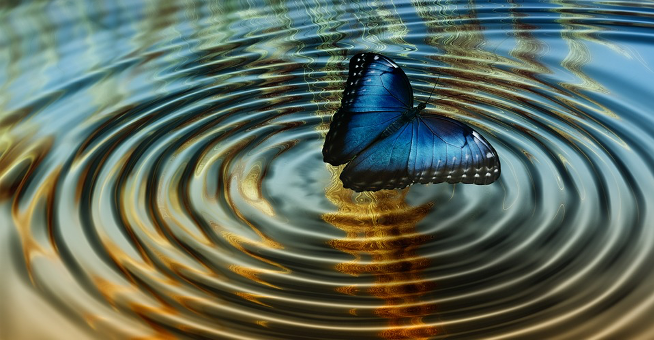 Donald Low, Professor of Practice in Public Policy at the Hong Kong University of Science and Technology, argues that Singapore must look beyond a narrow focus on efficiency, and give greater weight to considerations of resilience and justice.

Then the financial crisis revealed the limits of financial liberalisation and global financial integration, showing how an overly networked or interconnected financial system produces both efficiency gains and systemic fragility. A small perturbation in one part of the financial system might be amplified through the dense networks of global finance to bring that very system to its knees.  Oxford University’s Ian Goldin has called this the “butterfly defect”: a tightly integrated and coupled system spreads the goods of globalisation as efficiently as it spreads the bads (like financial contagion or this coronavirus).

Similarly, this crisis may teach us the limits of ever more extended global supply chains. Globalisation will not be reversed: the efficiency benefits are too large for us to abandon it. But there will be efforts at localisation and regionalisation. Companies may be required by their national governments to bring back some of their production lines, so we are likely to see more re-shoring and near-shoring, with supply chains shortening, even if not completely brought home.  FDI growth, which already began tapering after the global financial crisis, will slow even further.

The implications for Singapore in this new era of “slowbalisation” (slow globalisation or globalisation with localisation) will be profound. As a trade-dependent, export-oriented economy with no hinterland, we have the most to lose if we cannot adapt. Our new economic model must be less dependent on exports, and more reliant on domestic consumption than (foreign) injections of capital and labour. Lower growth and less foreign investment also means we can rely less on foreign labour. Malaysia, Indonesia and ASEAN generally must be our hinterland: we should no longer seek to leapfrog the region, as we did during the last 50 years.

Efficiency and its limits

At the microeconomic level, we should rethink treating market efficiency as the primary—and sometimes only—metric of sound policy-making.  This neoliberal perspective is often uncritically accepted, indeed expected, by many Singaporeans. When some pointed out that the crowded living conditions of migrant workers made the rapid spread of the virus inevitable, common responses were “These living conditions were good enough,” “What choice do we have?” and “What do you expect, five-star hotel treatment?”

These responses have it that in a market economy, where migrant worker housing is provided by the market, the resulting living conditions are both natural and just. As philosopher Michael Sandel might say, market norms have replaced social norms regarding what constitutes adequate housing.  This is legitimised and rationalised by the language of efficiency—keeping business costs low and ensuring that Singaporeans have affordable housing and other services. The hegemony of market efficiency logic has driven considerations of fairness, justice, and resilience out from our policy discussion.

Another example of how market logic has become the default mode of decision-making was seen at the start of the lockdown (“circuit breaker”). Public transport operators cut back on the frequency of their services, leading to more crowded trains and buses at certain times, thus compromising safe distancing. This was justified by reference to the need to minimise transport operators’ losses, and to ensure efficient use of the trains and buses that run.

But it is in our much-vaunted healthcare system that we find the most salient example of how our obsession with market efficiency compromises resilience and justice. On a normal day, having 80-90 percent of our hospital beds in use looks efficient. A pandemic reveals the folly of pursuing efficiency as the main priority. Our system—probably the world’s most efficient—has 2.5 beds for 1,000 people, one of the lowest ratios among developed countries. Hong Kong has about five beds per 1,000 people, and its healthcare system is already quite congested. The fact is that our healthcare system is not very resilient in a pandemic of this nature, and with climate change, we can expect more such shocks.

Much has been made of our fiscal reserves as a key source of resilience. But reserves, or money more generally, may not lend itself to frictionless and timely conversion into other resources necessary in a pandemic. For instance, we cannot quickly scale up hospital capacity to deal with the surge of patients, no matter the size of our reserves. We also cannot use them to build additional dorms rapidly enough to house migrant workers who are not infected. In short, our reserves do not always provide the slack or redundancy that are necessary for resilience and adaptability.

Resilience is the capacity of a system to bounce back, not necessarily to its original form, but to a state that allows the system to maintain its core purpose and integrity, and to continue performing its key functions. Resilience—whether of an economy, an ecological system, an organisation, the internet, or a species—is a function of two things.

First, a resilient system has been exposed to a variety of shocks, forcing the system to adapt and develop diverse capabilities to respond to a wider range of shocks and stimuli. Second, an essential ingredient is selection. Resilient systems all have some mechanism for “choosing” between alternative strategies or designs. We normally think of the selection process as undertaken by individuals sitting atop a hierarchy. But selection by distributed, decentralised, and impersonal forces such as the market is likely to be more reliable in the long run. Markets are resilient because they encourage variety and diversity. They provide strong signals for firms to select “fit” strategies or designs, and then replicate and scale them up.

This perspective can also be applied to governance. If what governments need most when faced with rapid and disruptive change is resilience, then we need to ensure sufficient diversity and variety, and develop selection processes that are not reliant on elites making the right calls. Often, if a political system has too little of the diversity, experimentation and adaptation necessary for long-term survival, it becomes trapped by groupthink and ideological rigidity.

This orientation toward resilience should replace Singapore’s long-standing reliance on elite governance. Rather than expecting the governing elite to get it right all the time—an expectation this crisis has revealed as unrealistic—resilience economics broadens the discussion. It invites us to think about the policy alternatives available to us, the institutional shock absorbers we need in a more volatile world, and how we can achieve a better and more equitable allocation of risk between the state and citizens. It encourages the state to tap the distributed intelligence of citizens, and acknowledge how democratic practices and institutions can bolster Singaporeans’ trust in the state and their confidence in the country’s future.

For example, our fiscal reserves are institutional shock absorbers, but they are not automatic. We need more automatic shock absorbers that kick in the moment a crisis begins. This suggests that we should provide unemployment insurance for every working-age Singaporean, and automatic income support for low-income workers (including those in the gig economy). Admittedly these mechanisms can create moral hazard and perverse incentives (e.g. job search might take longer). But what we lose in economic efficiency, we stand to gain in resilience.

Automatic institutional shock absorbers not only prepare us for a future of pandemics and climate disasters; they also help us adapt to a future where many job tasks are replaced or disrupted by artificial intelligence.

…based on justice and equality

The third imperative for policy reforms beyond the pandemic is to strengthen social justice and equality. This crisis has revealed not just how unequal our society is, but also how so much of that inequality is made invisible.

Academics and researchers working on inequality in Singapore have long lamented that foreigners who constitute about 40 percent of Singapore’s workforce are excluded from the inequality data provided by the Department of Statistics (DOS) every year. When questioned by then-Non-Constituency Member of Parliament Gerald Giam in 2015, then-Minister for Trade and Industry Lim Hng Kiang replied:

DOS is unable to provide a Gini coefficient that incorporates the income from work of the entire foreign population in Singapore as data on foreigners who are not members of resident households are not available.

The exclusion from calculations of both lowly-paid foreign workers at one end of the income spectrum and highly-paid expatriates at the other end means that inequality statistics (which cover only resident households) understate inequality in Singapore.

This coronavirus crisis should be our Parasite moment. Oscar-winning Korean film Parasite revealed how inequality is not just about income and wealth disparities.  It is also about spatial, housing, and environmental inequality: torrential rain was just a minor inconvenience to the family holiday of the wealthy Park family, while it destroyed the home of the working-class Kim family.

The coronavirus crisis has also revealed the many facets of inequality between Singaporeans and the large contingent of mostly low-wage migrant workers in our society. Just as the Kim family lives in a semi-basement house barely visible to casual observers, so too are many of our migrant workers packed away in dormitories at the fringes of our society. Like the Kims, migrant workers are out of sight and out of mind for most Singaporeans.

Above all, just as the movie forces the viewer to ask who is truly the parasite—the rich who live off the labour of the working class, or the poor who have to lie to secure their jobs?—this crisis should drive us to rethink our relationship with migrant workers. Are we the parasites?

One can conceive of our migrant worker policy as a trilemma, in which we can only prioritise two of the following three imperatives:

Clearly, the current administration (with the broad-based support of Singaporeans) has chosen the first two imperatives (political and economic) at the expense of the third. A large migrant workforce provides society with cheap services that are not available in other developed cities. The rest of Singapore society does not have to pay for their housing, healthcare, or welfare costs. But the benefits of this large pool of cheap migrant workers come with certain ethical obligations—the obligations of fair and respectful treatment, of proper accommodation, of decent healthcare and welfare provision. Either we pay directly for these obligations—meaning migrant workers will cost more, negating part of the savings they currently give us—or we risk paying the price indirectly, somewhere else.

Finally, beyond the inequalities of class and privilege, the crisis has also revealed the tribalism and nativism lurking beneath the surface in Singapore. We see this in the way some people have expressed frustration, even repugnance, at migrant workers, and their culture and habits. These entrenched, deep-seated sentiments will take some time to change. But public policy should not wait for people’s sentiments to catch up; we cannot allow another humanitarian crisis of this nature to afflict the migrant workers in our community.

Beyond this pandemic, Singaporeans must learn to accept that the efficiency imperative in the trilemma should be traded away, to some extent, for the ethical imperative of fair and more equitable treatment, with most of the costs borne by society at large. If we do not accept this trade-off, the alternative must be a greatly reduced reliance on cheap migrant labour, shrinking the economic benefits we currently gain from their presence.

Beyond this pandemic, efficiency can no longer shunt aside other considerations like resilience, justice and equality; for without them, as we have seen, efficiency itself cannot be assured.