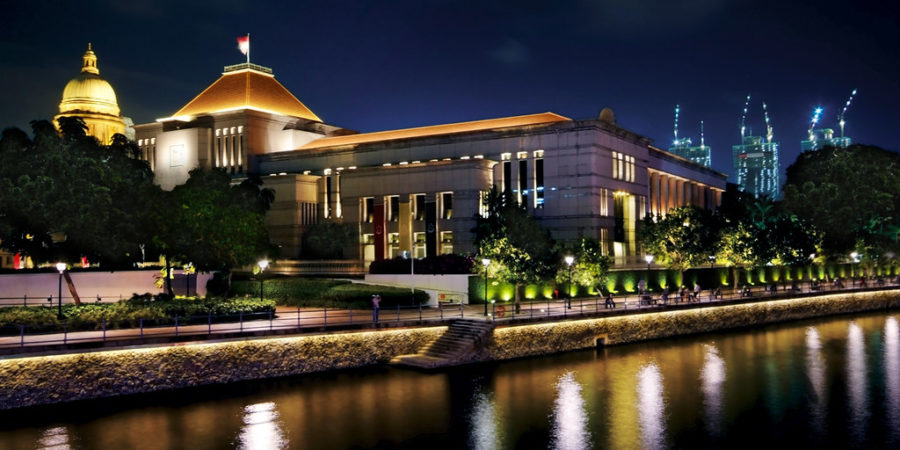 There is much to approve of in DPM Heng Swee Keat’s 2020 Budget.

First, running a budget deficit (revenues less than expenditures) is appropriate to prop up an economy facing low growth and possible recession.

Second, social subsidies are rightly being increased, given the difficulty the low-income and elderly already have making ends meet even in a healthy economy.

Third, government spending to accelerate environmental sustainability is a belated, even existential, necessity.

Fourth, the government has explicitly recognized that Singapore’s long-established development model needs to change. This is a major acknowledgment.

That said, the Budget—touted by DPM Heng as nothing less than a “strategic financial plan” for Singapore’s future—falls short in meeting its own goal of promoting long-term economic transformation.

For many years, I and other economists have argued that Singapore’s “state-directed, multinational-led, export-oriented” development model has become obsolete.

Singapore has relied on state direction in the form of generous tax breaks and subsidies, for mostly foreign investors in targeted sectors. This approach is now either (1) disallowed by evolving global regulatory norms that increasingly forbid “beggar-my-neighbor” investment incentives, (2) ineffective given widespread competition by different state authorities the world over to lower taxes (as DPM Heng acknowledges), or (3) frowned upon by the US and EU as “illegal state subsidies” (even as they themselves contemplate more activist “industrial policy” such as that of China).

At the same time, (4) widespread technological disruption in many traditional industries, and the high risks and costs of innovation at the technological frontier, mean that governments have little visibility as to which sectors to target with state assistance. The failure rate of such a strategy is likely to be high.

Incentivizing multinationals to invest in Singapore for global markets is further inhibited by ongoing deglobalization, evident in the US-China trade war and the rise of techno-nationalism in all major economies, among other things.

Yet DPM Heng’s Budget still clings to the standard Singapore template of state-directed corporate subsidies.  These have attracted foreign investment (“Give me money and I will come”) but without successfully avoiding our current economic malaise.  In fact some of these policies may restrain rather than promote the required transformation.

Take, for example, wage subsidies like the Wage Credit and Jobs Support Schemes the Budget offers to employers to “preserve jobs”.  These have several limitations. (1) They come with many restrictions and are not universal, reducing their stimulative macroeconomic impact. (2) They may merely substitute for funding that employers would have provided anyway, becoming a giveaway to those employers and an unnecessary expense in the Budget. (3) They may discourage employers from shedding labor they no longer need and employees from switching jobs (both in response to longer-term market forces), thereby limiting structural transformation, productivity growth, reskilling and job mobility.

A more rational policy would seek to “preserve employment” and “preserve income” for individuals—rather than preserve specific “jobs” at existing companies—as a means of ensuring full employment and adequate income. But this requires sacrificing some “sacred cows”.

One of these is the aversion to unemployment compensation. Singapore is the only advanced economy without a system of income compensation for workers who lose their jobs. These usually operate under strict conditions and for limited periods of time.  Together with SkillsFuture support (”retraining grants” in other countries), this would provide temporary income maintenance and facilitate rather than inhibit market-based reskilling and job transfers.

Unlike Wage Credit and Workfare, it would not be limited to lower-income workers, so would deliver a bigger “automatic stabilizer” boost to a sluggish economy. It would not favor existing employers over potential new employers or self-employment opportunities, and would transfer income directly to the intended recipients, including PMETs.

A complementary wage insurance policy would also temporarily protect workers who change jobs from lower income in their new occupations. Both labor market flexibility and workers’ income security will increase, thereby accelerating economic transformation and mitigating its disruptiveness to people’s lives.  It will also ensure that businesses invest in Singapore for our market-based capabilities and intrinsic advantages, rather than for government incentives, while preventing vested interests (existing employers) from resisting economic transformation.

Another “sacred cow” is the obsession with “fiscal prudence”. Singapore law forbids a government from running a cumulative budget deficit over the five years of its elected term.  But business cycles do not observe electoral cycles, and counter-cyclical deficit financing should be a tool of macroeconomic management available to any government at any point in its elected term.

One does not have to believe in “modern monetary theory” to note that massive fiscal and monetary stimulus delivers higher growth and employment creation (thus attracting investment). Recently this has been done without raising inflation or interest rates in advanced economies like the US, Europe and Japan.  With decades of cumulative budget surpluses and huge reserves, Singapore can afford larger and more frequent deficits, certainly in times when stimulus is needed. This would preserve employment and income without inhibiting economy-wide transformation.

As for government expenditures, the Budget can afford to deliver larger income transfers to lower-income citizens. These are more likely to be consumed, compared to transfers to the higher-income and to corporations, generating a larger multiplier effect and demand stimulus (which also generates revenues).  Subsidies to foreign corporations in particular are more likely to “leak” abroad in repatriated profits or intra-corporate transfers, minimizing the domestic stimulus impact.

Finally, it is both politically and economically desirable for social subsidies to be factored into the Budget as universal entitlements and “automatic stabilizers”, with unemployment compensation and social welfare payments increasing automatically as the economy, employment and income decline.  This adds certainty for businesses and employees, encouraging longer-term investment, career management and entrepreneurial risk-taking, and reducing bureaucratic complexity and cost.

Instead, annual uncertainty is created by the one-time universal “discretionary payments” (this year, $100-$300 each) that this government has always preferred. This approach risks the government of the day resorting to “goodies” and “giveaways” for political purposes, such as when an election nears. Besides being unnecessary and inefficient, popular middle-class and corporate subsidies engender state dependence, discouraging the self-reliance and individual initiative necessary for economy-wide transformation.

These payments also represent a missed opportunity for employment- and income-generating macroeconomic stimulus, since many middle-class and rich recipients will save rather than spend their Budget “windfall”. It would be preferable to concentrate transfers on lower-income citizens, both because they have the highest propensity to consume and the reduce income inequality.  Already the age-based Pioneer Generation Fund has disbursed just $2b of the $9b that was created for it in 2014, suggesting it has been underutilized, a fate that will no doubt befall the Merdeka Generation Fund as well.

In sum, while well-meaning, Budget 2020 does not make the best use of the resources at the government’s disposal to both stimulate the economy in the short run, and equip business and society for the long-term deep economic transformation that DPM Heng rightly warns is required.  To meet the undeniable challenges of our collective future, policy-makers need to embrace the transformational “mindset shifts” they expect of everyone else.