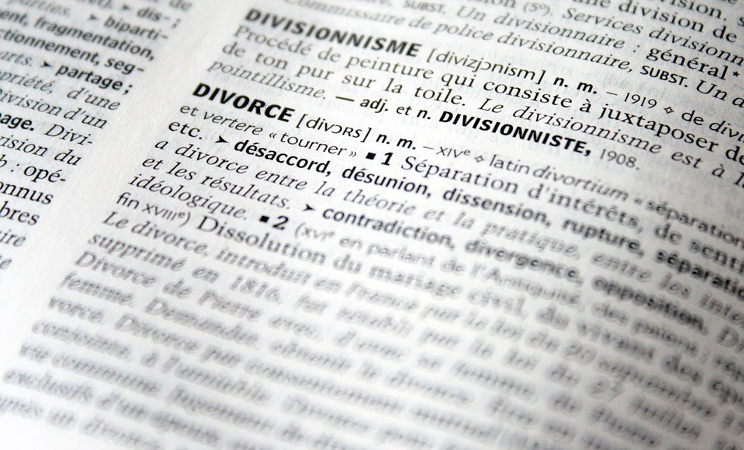 Oliver Sng, Assistant Professor of Psychological Science at UC Irvine, examines the implications of a MSF report widely understood to be showing a “divorce penalty” for the children of divorcees.

Following numerous reactions to this study (e.g., by the Straits Times, AWARE and CNA), MSF clarified that their study did not examine what caused the difference in outcomes between children of divorcees and children of parents who remained married (Straits Times).

But what causes these differences then? What exactly is the nature of the “divorce penalty”? Psychologists are interested in describing, explaining, predicting and changing behavior. And like MSF, we also care about what builds good families and positive outcomes for children. Here, I offer some perspectives from psychological science that may be useful for thinking about and understanding MSF’s findings.

Is there really a “divorce penalty”?

There is considerable psychological research on how the absence of a parent can shape multiple outcomes in children. For instance, children who grew up in father-absent homes have been found to reach sexual puberty earlier in life (Aghaee et al., 2020; Ellis et al., 1999), were more likely to have teenage pregnancies (Ellis et al., 2003), and engaged in more gambling and illegal drug use (Sheppard et al., 2014). Women who experienced parental separation in early childhood were also more likely to have shorter marriages themselves (Quinlan, 2003). These findings seem to converge generally with the MSF study.

However, the picture is not as “clear-cut” as it seems. The effects of parental absence seem to be driven by other factors. For instance, although girls who grew up in father-absent homes reached puberty earlier than those in intact homes, this difference was really driven by girls whose fathers (before parental separation) had a history of violent and criminal behavior (Tither & Ellis, 2008). In other words, when fathers did not have such behaviors, there were no differences in outcomes between children of separated versus intact families. Other work has found that sexual abuse is a more important factor than parental absence per se (Henrichs et al. 2014).

Finally, recent reviews of research on this topic finds that these effects of parental absence do not hold up well across diverse societies (Sear et al., 2019). One potential reason for this is because early research focused on societies with nuclear family structures, where losing a parent is often a major disruption to caregiving. However, in societies where an extended family structure is more common, other family members such as grandparents, aunts, and uncles, may substitute as caregivers, reducing the effect of divorce on children.

Hence, once we consider a range of other family factors, the role of divorce per se becomes less obvious. MSF qualified that their study did not control for “unobservable attributes” such as family environment. This is important. In fact, the role of family environment on children’s outcomes have been studied heavily within psychology. Beyond some of the factors already mentioned above (like paternal behavior and sexual abuse), other important factors include inconsistent caregiving from parents, fights between parents, frequent residential movement, and frequent changing of caregivers, among others. Children who are exposed to such unpredictable childhood conditions (and particularly between 0-5 years old) engage in riskier sexual behavior as adults, show greater aggression and social deviance, have lower educational levels, and poorer physical and mental health (e.g., Belsky et al., 2012; Brumbach et al., 2009; Simpson et al., 2012). Overall, the research suggests that the key underlying factor that significantly affects children’s outcomes is unpredictable stressors in family conditions.

This has implications for developing policy and interventions. If one understands the “problem” as being divorce, then one might design policy around simply preventing divorce. However, if one understands the “problem” as being unpredictable stressors, then preventing divorce may be counterproductive if staying together increases unpredictability for a child. For example, a child may have to deal with an abusive parent if the family remains together, or staying together may expose the child to more frequent conflicts between both parents.

If divorce is unavoidable, it may be critical to maintain predictable conditions for the child during the process, to avoid negative outcomes. For instance, keeping the same caregiving figures for the child or avoiding unnecessary residential movement will help maintain predictability. This may be especially important for children in their early childhood years (0-5 years as mentioned above).

Is the divorce “penalty” really a penalty?

The MSF study labelled their findings as a divorce “penalty”. An implicit assumption here is that the differences observed are “bad” things. In other words, not having a university degree, or not being married is “bad”. Why? There seem to be certain cultural assumptions underlying the label.

Beyond the cultural assumptions, the study also seems to focus on a “deficit” model, which examines how adversity leads to universal impairments in functioning. However, recent discussion in psychology has argued for pairing this with a “strengths” model, which focuses on the unique abilities that individuals in adversity may develop in coping with challenges (Frankenhuis & Nettle, 2020). To provide one example, research has found that individuals of lower social class are more accurate at guessing others’ emotions and better at taking another’s perspective, compared to upper social class individuals (Dietze & Knowles, 2021). The reasoning here is that when individuals lack resources of their own, it becomes especially important to work and cooperate well with others. Being socially perceptive helps with this. Similar “strengths” might exist for individuals from divorced families. It would have been more balanced to consider these positive psychosocial outcomes, alongside the current negative ones.

It needs to be stressed that a “strengths” perspective does not imply that divorce, or unpredictable family conditions, are good things. That would be a serious misunderstanding. Divorce is a terrible and painful process for the parties involved, and I would not wish it upon anyone. What I am saying is that the “deficits” approach is incomplete and focuses on only one half of the story. One could have imagined an alternative MSF study that examined whether children from divorced families are more perceptive, empathetic, resilient or creative as adults. It is likely that such data were not available in the MSF data set. But there are good scientific reasons to believe that strengths exist, and future work, be it by MSF or other interested bodies, may look more closely at this.

A sceptical reader might be unconvinced, asking: “Why should we care about the “strengths” of individuals in adverse conditions?” Besides gaining a more holistic understanding of individuals who experience such adversities, another reason is that the current “deficits” focus may have unintended social effects, which I elaborate on below.

Could we be creating a self-fulfilling prophecy?

Regardless of whether children of divorced parents have different outcomes, people do seem to hold stereotypes of children from divorced families. For example, a study of Israeli teachers found that teachers stereotyped children of divorcees to be academically weaker and less sociable than children of intact families (Guttmann, & Broudo, 1989). In Japan, single-mother families are referred to as “Boshi Katei”, and Boshi Katei children are often also stigmatized (Takeda, Li, & Ueno, 2011). Such negative stereotypes can lead to self-fulfilling prophecies. For example, if teachers hold stereotypes that children from divorced families are less invested in their studies, they might give less attention to such children, ultimately leading to these children actually performing more poorly, through no fault of their own.  As this topic receives increasing attention in public discussions, the current divorce “penalty” label and focus on “deficits” might (inadvertently) promote negative stereotypes about children from divorced families. As described in the previous point, a “strengths” perspective might help balance this out.

Ellis, B. J., McFadyen-Ketchum, S., Dodge, K. A., Pettit, G. S., & Bates, J. E. (1999). Quality of Early Family Relationships and Individual Differences in the Timing of Pubertal Maturation in Girls: A Longitudinal Test of an Evolutionary Model. Journal of Personality and Social Psychology, 77(2), 387.