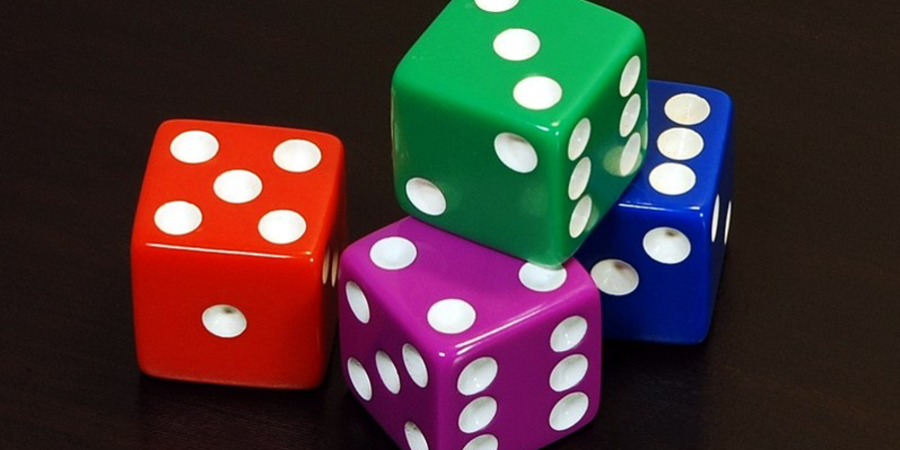 Assistant Professor Rebecca Ye (a sociologist of education and work at Stockholm University and former visiting fellow in Sociology at the Nanyang Technological University) discusses how ‘luck’ is understood in trajectories of academic success in Singapore and what this reveals about meritocracy.

Debates on the relationship between luck, success, merit and inequality have intensified in recent times. In political philosopher Michael Sandel’s book The Tyranny of Merit: What’s Become of the Common Good?, published last September, a recurring theme was the need for ‘winners’ to acknowledge the role of luck in their successes. He wrote,

Meritocratic hubris reflects the tendency of winners to inhale too deeply of their success, to forget the luck and good fortune that helped them on their way. It is the smug conviction of those who land on top that they deserve their fate, and that those on the bottom deserve theirs, too. This attitude is the moral companion of technocratic politics (Sandel 2020, 25).

Around the same time, an article titled ‘A Sociology of Luck’ by sociologist Michael Sauder was published. Contending that luck is more than a folk concept, he argues that examining its role in individual outcomes is vital for understanding differential outcomes. Together with analyses of structural effects, examining social constructions and real effects of luck can provide a much-needed framework for balancing prevalent dogmatic meritocratic beliefs (Sauder 2020).

I read these works with great interest. Earlier last year, Erik Nylander and I had published a paper that examined conceptualisations of luck and academic success among Singaporean students. I began this analysis in 2015 as a graduate student, reflecting on interview material collected from Singaporean students studying in the Universities of Oxford and Cambridge. The aim was to understand the social process and phenomenon of getting from Singapore to Oxbridge: what shaped the aspirations of these ‘successful’ students, how and why they applied to these elite universities and what they did to secure entry.

A rather unexpected pattern was detected when conducting, transcribing and analysing the interviews. There was a salient use of ‘luck’ in the narratives when the students accounted for their successful academic trajectories. How should we understand the narratives of those embedded in elite, resource-rich institutions when they link their successes to factors of luck? How should such accounts be understood in a society where the meritocratic discourse of effort, hard work and individual talent is a valued and dominant ideal?

Luck and success in Singapore

Earlier studies on social class had also touched on the issue of luck and success in Singapore. For example, in a 2001 survey, Tan (2004) found that while the majority of Singaporeans surveyed were more likely to attribute success to ability and education, both the upper and lower classes in the sample viewed luck as a factor in their success. An earlier study by Quah and colleagues (1991) found that those in high-prestige occupations were more inclined to view luck as important for success. These findings were puzzling, especially when understood in relation to prevailing meritocratic beliefs, or previous research in the social sciences that found that upstriving groups tend to indicate luck as a factor for success, while ‘elite’ groups tend to emphasise their individual merits and abilities.

We analysed the interviews with Singaporeans studying in Oxbridge alongside admission and selection data. Many interviewees were recipients of prestigious scholarships. Although the descriptive statistics revealed strong links between specific schools in Singapore and scholarship awards, and transnational linkages between the educational backgrounds of scholarship recipients and their university destinations abroad, the students alluded to being ‘lucky’ in their educational trajectories.

Through our analysis, we found that these representations of luck did not have an essential, singular, meaning. Specifically, we identified three themes in the way that students brought up luck in their narratives. They linked their luckiness to deservedness, used luck as a way to express humbleness, and attributed the success in their educational trajectories to factors of chance. The multifaceted conceptualisations of luck in the narratives could be likened to the mythical Chimera.[1] On one hand, the students had to undergo selection and admission processes that were laden with considerable uncertainty. Since the outcomes of these ‘tests’ are opaque and highly significant for their educational trajectories, the students experienced a sense of gratefulness for successfully overcoming these challenges.

However, when explaining their accomplishments, the students also acknowledged components that facilitated their academic success that were not completely random, and described sequences of events that had to follow a particular order. For example, some shared how they were lucky to secure a place in Oxbridge, and then a scholarship to finance their study. Or that they happened to have spotted a promotional brochure on studying in Oxford lying around on a school bench. That they were fortunate to have teachers who could guide them on application processes, to advise which was the best college to apply to. They also discussed chances in relation to strategic choices they had made, or effort they invested to convert opportunities into realisations. There was a perception that others who experienced similar successes like them were living ‘proof’ of good luck. As one interviewee said, ‘Luck is such a big part of what happens to us.’

In the context of Singapore, Teo (2015) has proposed the notion of ‘differentiated deservedness’ to illustrate social policies that govern the distribution of public goods through highly differentiated means, consequently allocating citizens with different rights and rewards. Because government scholarships are publicly funded and accessible to a small group of high-achieving students, scholarships can be viewed as expressing an ethos of differentiated deservedness. For those who attain this prize, their sense of luckiness is tied to a sense of deserve­dness for being recognised as academically inclined or ‘gifted’ with a set of talents that are valued.

Returning to The Tyranny of Merit, Sandel points to the centrality of luck to highlight the problem of meritocratic hubris and to destabilise winners’ sense of deservedness. However, as we found in our empirical material, the ideal-typical categories of humility, deservedness and chance are not mutually exclusive. The same individual could acknowledge they are lucky and still deem themselves deserving of their success. This motif reveals the extent and persistence of elite groups’ beliefs about their legitimacy, as well as the role of institutions in perpetuating and maintaining such beliefs.

Examining perceptions and definitions of luck, and how they vary between groups, is an important endeavour, especially in countries where academic success is treated with intense fervour and fixation. We argue through our paper that in addition to examining structural causes of inequality, there is a need to seriously consider the element of luck in trajectories, but also go further to examine how luck is represented or framed in the narratives of elite groups. By analysing how luck is evoked, we find that different representations of legitimacy are generated. From the vantage point of critical sociology, when individuals embedded in resource-rich environments cite luck as a factor for their success, this can be viewed as a misrecognition of privilege. At the same time, narratives of luck and expressions of humility can also mask privileged positions in social space, leaving the meritocratic ideology unchallenged.

The idea of luck in a meritocracy is somewhat of a paradox. Yet it reveals the inequality that characterises our social world, a world where luck is real and consequential (Sauder 2020). As pointed out by others I have cited in this text, those who occupy advantageous positions are more equipped to protect themselves against bad luck or better able to leverage good luck, due to the material and institutional resources available to them. In other words, for societies where outcomes are unevenly and unequally distributed, or where luck always seems to happen to the same kind of people, luck is real and consequential not only for those who get to experience and benefit from it, but also for those who do not.

This commentary is based on Rebecca Ye & Erik Nylander (2020) ‘Deservedness, humbleness and chance: conceptualisations of luck and academic success among Singaporean elite students’, International Studies in Sociology of Education.

[1] Jonathan Mijs offered this metaphor in his reading of our paper, and I thank him for letting me borrow its use for this commentary.