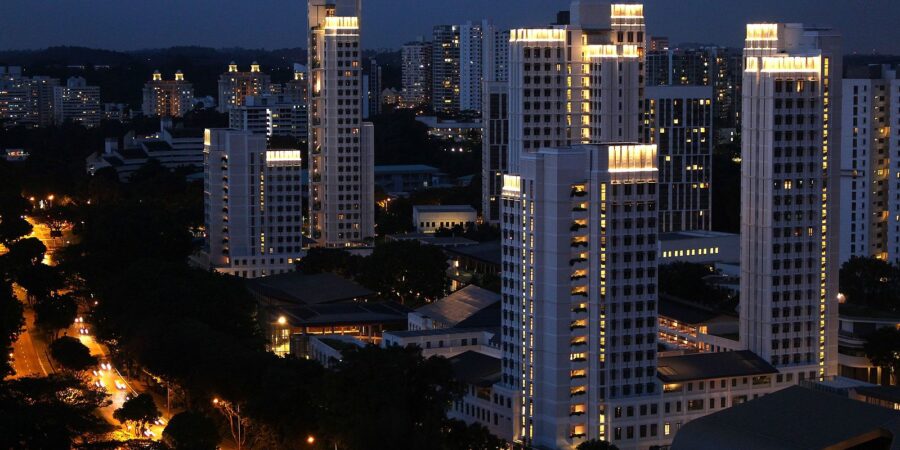 Linda Lim (professor emerita of corporate strategy and international business at the Stephen M. Ross School of Business, University of Michigan, who previously taught at Swarthmore College) and Pang Eng Fong (professor emeritus and former dean at Singapore Management University’s Lee Kong Chian School of Business) consider how Yale-NUS has demonstrated the value of a liberal arts college in Singapore, and question the idea that financial considerations justify its closure.

In the controversy over Yale-NUS College’s (YNC’s) shock closure, all parties agree that a liberal arts college is a good thing, and that YNC has done an excellent job of providing a “top-notch liberal arts education”, of which NUS President Tan Eng Chye is “extremely proud”.

Back in December 2004, with our colleague Hong Hai, we argued that Singapore was “more than adequately supplied… with university places in business, engineering and most other professional training”, and that liberal arts colleges train undergraduates “not in narrow professional or technical fields but in critical thinking, reasoning, communication and quantitative skills applicable to a broad range of occupations”. (“Time for a Liberal Arts College”, The Straits Times, 1 December 2004)

We envisaged then a standalone independent Singaporean liberal arts college, not Yale-NUS. But our prediction of outcomes turned out to be true, with employers expressing their appreciation for Yale-NUS graduates’ “strong writing and problem-solving skills as well as the ability to take the initiative” and being “confident communicators who can think across disciplines and have a strong concern for social good”. (“Employers say job prospects of graduates remain bright,” The Straits Times, 5 September 2021)

In the United States, graduates of top liberal arts colleges are in high demand in investment banking and management consulting. Many go on to successful medical and legal careers, and to PhD programmes in different disciplines, including in science, technology, engineering and mathematics (STEM) fields, since the liberal arts also include the natural sciences and mathematics.

Examples in the business world include the late Robert Noyce, co-inventor of the integrated circuit and co-founder of Intel Corporation, who graduated from Grinnell College; Steve Jobs, co-founder of Apple, who attended but dropped out of Reed College; and Hank Paulson, former CEO and chairman of Goldman Sachs, and former US Treasury Secretary, who graduated from Dartmouth College. Swarthmore College, which enrols only around 1,600 students, counts among its alumni five Nobel prizewinners, in chemistry, physics, medicine and economics.

In Singapore too, Yale-NUS graduates are in high demand in the finance, legal and tech sectors, and in public service, while some have gone on to top PhD programmes in the US.  Why then close the college?

Ambassador-at-large Chan Heng Chee, a member of the College’s board, argues that “financial unsustainability” was a major reason for the closure.

But in 2004, we produced rough numbers to argue that a liberal arts college in Singapore could be largely self-funding. Government support would be required, particularly “low and subsidised land and rental costs for its property—the same benefits enjoyed by the other publicly supported institutions, and justifiable in terms of the positive externalities and multiplier effects such a college would bring to Singapore”.

High tuition would be the main source of revenue, as it is in the US. We argued that the college we envisaged would attract “some of the brightest students from the region, who would make up the majority of the student population”, in line with the export-of-educational-services economic strategy promoted in Singapore at the time.

This is analogous to highly selective public universities in the US, where large numbers of undergraduates from “out of state” pay much higher tuition than “in-state” students. At the University of Michigan, for example, 47 per cent of undergraduates are “out of state”—comparable to the 40 per cent share of foreign students at Yale-NUS College. Out-state tuition subsidises in-state students, in the same way as high tuition in private colleges subsidises financial aid for lower-income students, known as the “high-tuition-high-aid” model.

Our 2004 article did not consider another important revenue source for private liberal arts colleges in the US: income from endowments funded by private donors, overwhelmingly alumni. On a per-student basis, YNC’s S$430 million (US$$320 million) endowment is roughly the same as that of successful US liberal arts colleges like Colgate, Wesleyan, Oberlin and Macalester, which have each been in existence for 150 to 200 years, and so enjoy the largesse of many generations of grateful and financially successful alumni. Yale-NUS, in contrast, was founded only in 2011, and according to Yale administrators, their fundraising campaign had not yet run its full planned course.

But Yale-NUS is a public, not a private institution, so its funding model might be expected to more closely resemble those of what in the US are called “public Ivies”—public institutions of the same academic calibre as private Ivy League colleges, with which they compete for the best students. These include the flagship campuses of the Universities of California, Michigan, North Carolina, Texas and Virginia.

At the University of Michigan, tuition accounts for 75 per cent of General Fund operating expenses (from which undergraduate instruction is funded), with 13 per cent from the state of Michigan and 12 per cent from “research cost recovery”. Endowment funds are entailed by specific donor intent, with the largest share (about 25 per cent) going to student scholarships. Annually, 4.5 per cent of the endowment is spent.

From this quick analysis, and without being privy to exact numbers and financial plans, it would appear that finances should not be a major reason for the closure of Yale-NUS. Indeed, both Yale’s former president and Yale-NUS co-founder Richard Levin and Yale-NUS’ former president Pericles Lewis told the Yale Daily News that funding was not the issue. Although the college was running a budget deficit, there are many options for covering costs that exceed the standard state capitation received by all public higher education institutions. These include raising tuition, increasing enrolments, and building a larger endowment over time.

The charge of elitism

But Yale-NUS’ tuition is already higher than that of other Singapore universities, leading to charges that this fosters inequity and elitism, with only relatively wealthy families—both local and especially international (whose tuition is higher yet)—able to attend the college. But as suggested above, this limitation can be mitigated by cross-subsidisation, or using high tuition paid by wealthier students to provide financial aid scholarships for the less well-to-do.

The Government can also provide bonded scholarships to Singaporean students, as it does now to “government scholars” sent abroad for liberal arts education at elite Western universities like Oxbridge and the Ivy League, which are much more expensive than Yale-NUS. As this system of “scholar-bureaucrats” indicates, elitism based on academic achievement is already baked into the Singapore higher education system, and the government service, professions and business ecosystem which it serves.

Reliance on a higher ratio of higher-tuition-paying international students is also no different from other export-oriented and foreign direct investment-incentivising activity on which our “open economy” and “open society” are based.

But there must be other ways to deal with this than by such a drastic act of closure of an otherwise highly successful enterprise, in terms of the market demand for student places and graduate output.

The problem with scaling up

But this too could be done without closing Yale-NUS, the demonstration effect of which is surely a disincentive to innovation, and to further international joint ventures involving partnership with agents of the Singapore state, in education or other sectors.

The stated objective of “scaling up” the benefits of the Yale-NUS model through the merger with USP is also educationally problematic. The essence of the liberal arts college pedagogical model—as we argued in 2004, and as was understood in Singapore when Yale-NUS was established in 2011—is limited scale.

Small class size, a low student-faculty ratio, close student interaction with a stable, dedicated faculty who coordinate their curricula closely across disciplinary boundaries, close interaction among students inside and outside of the classroom, and the integration of curricular and co-curricular learning with an element of “co-creation”—these are all part of the ecosystem of “intangibles” of a liberal arts college education that generate the positive externalities from which employers, and other societal actors, benefit. They are likely to dissipate in any “scaling up”, particularly in such an awkward, hasty and resisted merger.

One can study the liberal arts outside of a liberal arts college, as indeed occurs in other Singapore universities, including NUS, which has long prided itself on the interdisciplinary education it provides. It is not the curriculum, then, but the institutional context and culture, which makes the small liberal arts college particularly effective in delivering the results that employers, higher education and society itself value.

As business scholars, teachers and practitioners, we believed 17 years ago that a liberal arts college was desirable and affordable, and would add to the diversity and export attractiveness of Singapore’s higher education system. YNC was not quite what we had in mind. But we believe that its excellent performance shows that our argument still holds true today. Its demise is regrettable and its success unlikely to be replicable by the proposed “New College”.